I think all style bloggers should take a hiatus during the summer. It’s hot, sometimes humid and sticky, and let’s face it, we end up wearing the same damn thing over and over. At least this is all true for me. The heat makes me lazy. And I only own so many pairs of shorts and dresses.

Hm, maybe the problem is that I need to go shopping. My self imposed shopping ban gets in the way of that. I have been “shopping” in my close lately, though, not for this outfit. This outfit is basically a copy of the last outfit I posed, except for a different shirt. But, it is a true picture of how I dress in the summer. I live in the same shorts for weeks at a time, eventually I will find a cute little mini dress that keeps me cool in the sun’s blaze, and I will finally find my way to a skirt or two before fall comes.

As I mentioned in my previous post, I am visiting home and my mom was volunteered to take my outfit photos. I think Ugly Mug has some competition!

I desperately wish I had a flower crown to top this off with. I think it would go perfectly with the top. I guess it gives me a reason to wear the top again soon!

So, wedding planning, huh? It sucks. I am normally a Type A control freak, but I cannot seem to wrap my head around how to start this. I am hoping that finding the perfect venue will be the hardest part and then I can start really plowing through the planning. It doesn’t help that I am extremely picky (see previous statement of being a Type A control freak), but should anyone expect anything different from a bride planing her wedding?

I could not stop laughing watching my mom take my photos. She was just too cute. I took a couple of her, but I have been forebidden to post them!

The daisies get taller and taller each year in my backyard!

We all have those days or nights when we just need something to throw on for a last minute errand. Just because I am a blogger, does not mean that I can’t look a mess when I run out. In fact, I normally do. I am too lazy to try to look good when running out for twenty minutes. Call it my last minute uniform if you will.

I wore this during a recent late evening trip to Trader Joe’s to make portobello burgers, courtesy of Jessica’s blog of course.

Side topic: I love things that make me feel like a grown up, like running errands and using the word “errand”.

Seriously, make these “burgers“. You will not miss the meat.

I think I love Trader Joe’s so much because of the samples. I will admit that I have stopped there before just for the sample. Even though I should be, I am not ashamed.

Oh yeah, and I wear glasses occasionally; to drive at night, to watch TV or movies, and to see what trees really look like.

And here ends my non sponsored post about Trader Joe’s.

You also now know that I am the most boring person on Earth.

That’s just a statement. No rhyme or reason behind it. Now, if I said,”Well, it’s Wednesday, it’s my best friends birthday,”; that would have a rhyme to it, but not a reason. Because it would be a lie.

Yes, this is a nonsense post opening. Blame it on Wednesday. Hump day does not always mean what it seemingly indicates (if you get what I am indicating); it usually means that you’re halfway to the weekend and if you’re like me, with plans to drive to LA, then you’re not just itching for it to be Friday afternoon, you’re already scratching.

Speaking of scratching, no, that; Weird, gross segue.

I am about to sound like a typical blogger. “Oh-Me-Gee, you guuuuuys, it is totes hot. I canNOT handle this cray weather.”

But for real. It has been over 100 everyday for about two weeks. That does deserve a “cray.”

By the way, I’m making plans. Big plans. Well I have plans to make big plans. It’s in regards to this blog, so that’s why it’s relevant to you. Unfortunately, I don’t know what these plans actually are, but I feel like I could be doing a lot more. So, I will.

If my horoscope in the local paper is correct, and let’s be honest, they wouldn’t print it if it wasn’t true, then I am going places, people. And I will be bringing you along!

This is as close as I’m going to get with hopping on the neon trend. Let’s just say, pale skin and neon colors do not equate to cuteness.

In other news, I found a campground that also has a water park. Can you say, “That’s totally where I am having my birthday party! *Squeee*”? I originally had a few more “e’s” but I thought that was overkill.

Hm, a kinky way to start off Monday.

So, those days when your first thought waking up is, “I can’t wait to go to bed tonight.” That. Just your basic Monday morning. A day that I could wait to go to bed? Our last day in New York City. We woke up leisurely, took the subway into Brooklyn, (I) thrifted a bit, had brunch with a friend, and then made our way to the airport.

I normally don’t bare my mid drift, but I figured, it’s around 123 degrees and New York, so I can get away with it.

Can we talk about these shoes? Um, they are studded. That is code for awesome.

Can we also talk about the face that I chose a shoe shot in which the shoes are blurry. That is code for artistic.

I wish this was my stoop. That is one thing I love about Brooklyn and other New York suburbs: stoops.

Two: They make me feel like I’m in an episode of The Cosby Show

Three: They are called stoops

All in all, perfect.

Another code word? Stoop is code for stupid. At least it was when I was a kid. We weren’t allowed to call each other stupid growing up, so we shortened it because we thought my parents were “stupid” and called each other “stoop” instead. They caught on pretty quickly. We tried changing it to “porch” a couple of times, but it just wasn’t the same.

We are all in our twenties now. We still call each other “stoop”.

My hand got really dirty after touching that pillar.

I had to get in my walking pictures, of course! How else will I show off my fantastic bruises? Most people would photoshop those out. I am not most people. This is real life. And I don’t even think photoshop could help my bruising  problem.

Everyone once in a while, you just need a good old fashioned jumping photo to end a post, even if that means the pictures end up chronologically out of order. 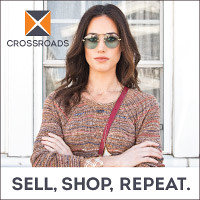